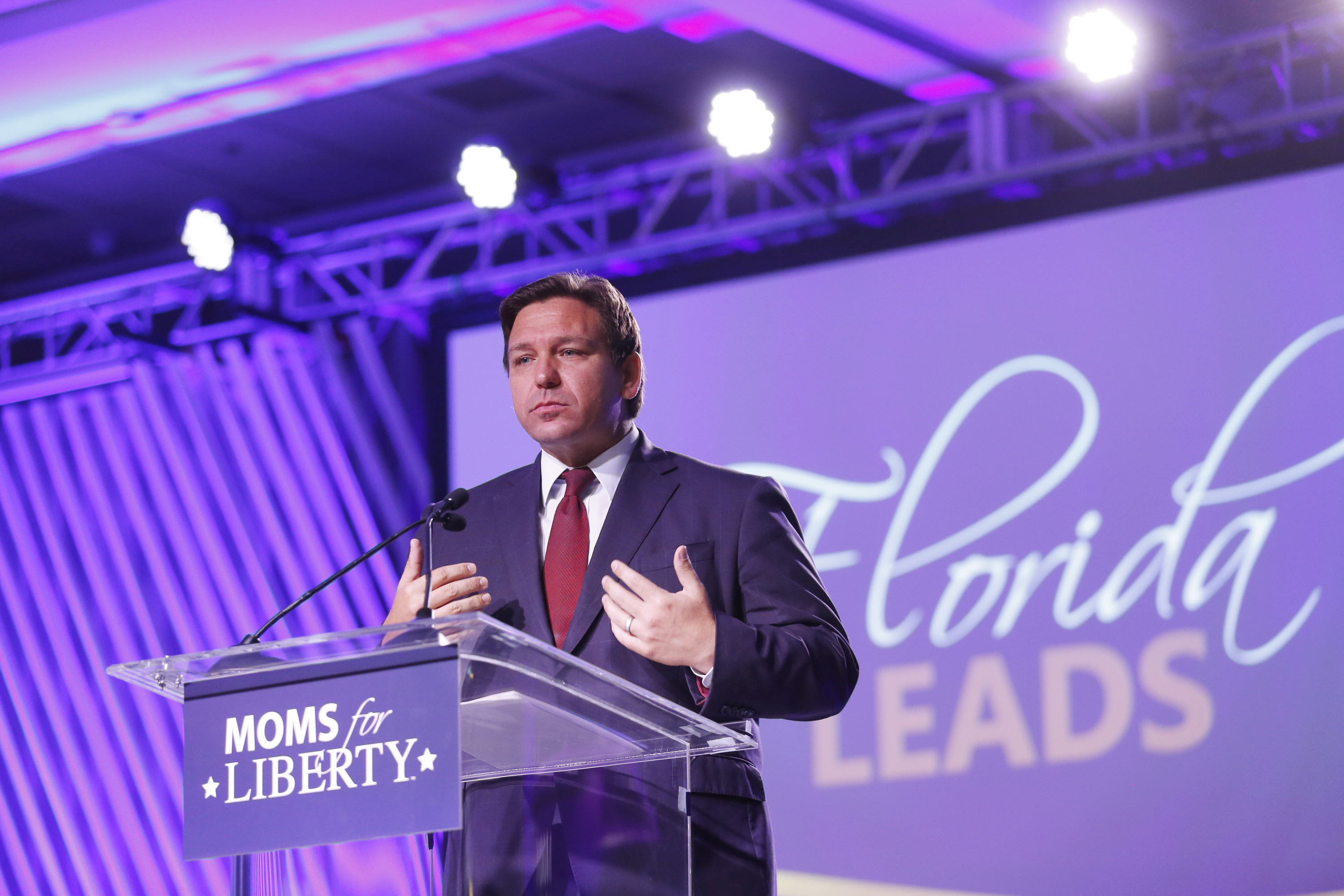 TALLAHASSEE, Fla. — An emerging political committee operated in Florida by conservative parental rights advocacy group Moms for Liberty scored its first major donation last month — and it came from the Publix heiress who reportedly “had a strong role” in helping bankroll the Jan. 6 rally in Washington.

The donation from Fancelli, a significant Republican donor who is among the largest known financial backers of the rally that eventually led to the Capitol riot, is already reaching hands of candidates running for local school boards, including several endorsed by Florida GOP Gov. Ron DeSantis.

The Moms for Liberty committee, which was created in December, has raised $50,762, a total that comes almost entirely from Fancelli’s June 23 donation, records show.

The donation is an indicator that school board races are getting their due attention after being neglected in election cycles, said Tina Descovich, a co-founder of Moms for Liberty who chairs the Florida PAC.

“The fact donors are realizing it’s important, and we’re capable of making an impact, is amazing,” Descovich said in an interview.

After scoring that initial gift, Moms for Liberty doled out $250 contributions to 35 candidates in school board races across Florida in a wave of action on July 12.

The donations, totaling a combined $8,750, were sent to many candidates backed by DeSantis such as Alysha “Aly Marie” Legge, who is running for a seat in Hillsborough County and received a shoutout from the Republican governor at a recent Moms for Liberty summit in Tampa. The Moms PAC also donated to the campaigns of Monica Colucci, a teacher running to unseat a 24-year incumbent in Miami-Dade County, and Bridget Ziegler, who is running for reelection in Sarasota County and the wife to Christian Ziegler, vice chair of the Republican Party of Florida.

The donations underscore how Florida conservatives are getting more involved in local school board races since the Covid-19 pandemic, when some school leaders bucked the DeSantis administration’s rules against student mask mandates. What students are learning in the classroom, particularly about sex and race, has emerged as a major motivator in electoral politics in recent years, highlighted by Virginia GOP Gov. Glenn Youngkin, who tapped into parental frustration en route to his election last year.

Fancelli, who is known to live a quiet life between homes in Florida and Tuscany, over the past two decades has given hundreds of thousands of dollars to Republican candidates and party organizations, eventually becoming a “top-tier” donor when former President Donald Trump was elected, according to The Washington Post.

The Publix heiress was the sponsoring donor for a $60,000 appearance by Kimberly Guilfoyle, a fundraiser for Trump and the fiancée of his son, Donald Trump Jr., at the rally on Jan. 6, The Washington Post reported last month.

Additionally, Fancelli allegedly wired $650,000 to several organizations that helped stage and promote the event, groups such as the nonprofit arm of the Republican Attorneys General Association that sent out a robocall for a march to “call on Congress to stop the steal,” according to The Washington Post.

Outside of Moms for Liberty, committees led by Republican lawmakers are sending thousands of dollars to local school board candidates while DeSantis offers up endorsements, an unprecedented move for a Florida governor.

Rep. Charlie Crist (D-Fla.), who is running for governor, attempted to counter DeSantis’ move on Wednesday by endorsing a slate of school board candidates “dedicated to keeping politics out of the classroom, protecting our students’ freedom to learn, and truly defending parental rights.”