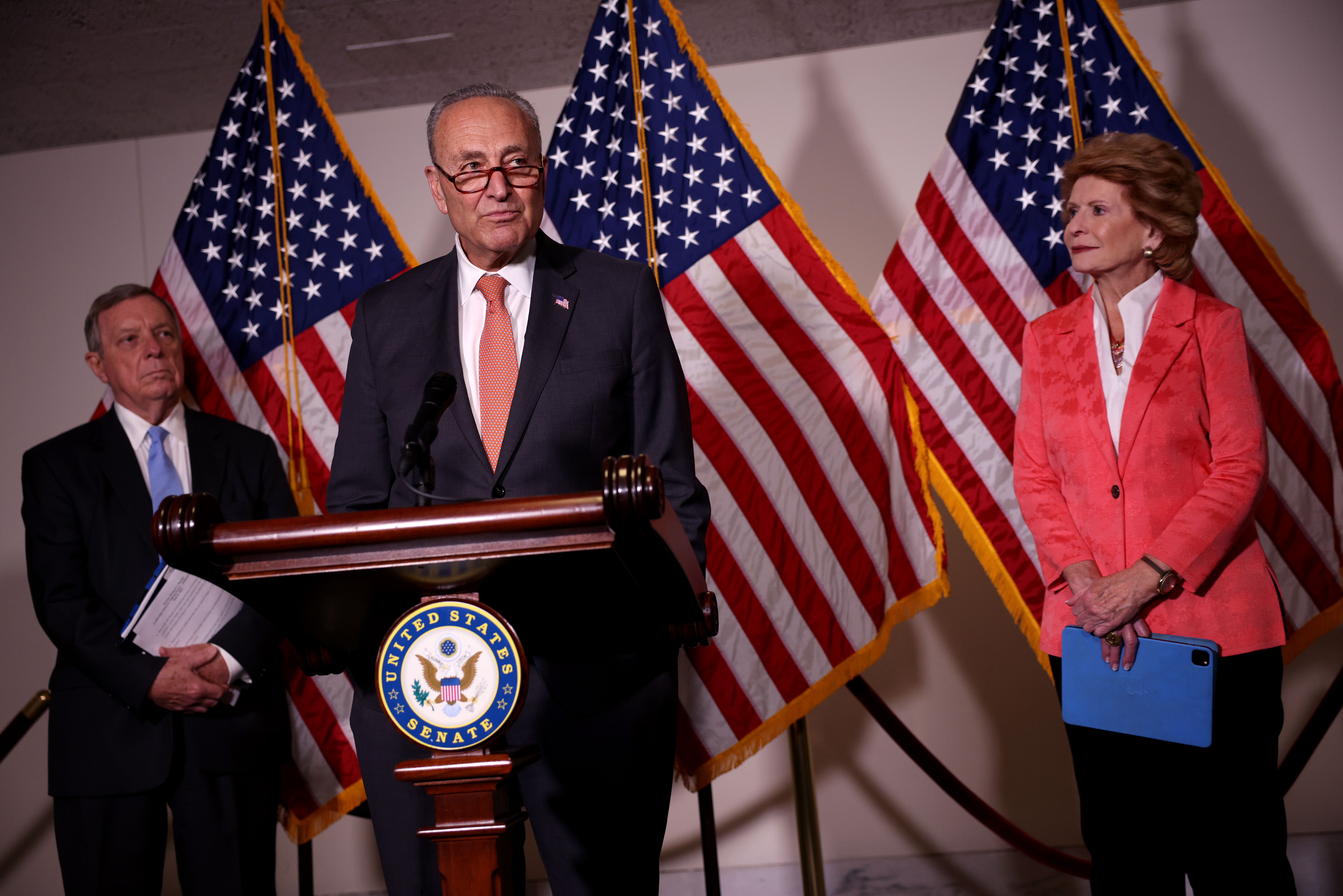 Democratic senators have an urgent mission between now and the end of the year: confirm as many nominees to the administration and to the federal courts as possible.

Political forecasters currently give Republicans the edge to retake control of the Senate in the midterms. There is a good chance, if that happens, that few if any of President Joe Biden’s nominees will be confirmed after December. This could leave our federal courts with hundreds of vacancies for at least the next two years and leave the administration with dozens of people in “acting” roles. Senate Republican Leader Mitch McConnell has given every indication that this would be his goal should he become majority leader, and he should be trusted to deliver given his record of doing just that during the Obama administration.

It’s time for Democrats to play procedural hardball, just as Republicans have done to put their stamp on the judiciary. As it becomes harder and harder to move legislation through the Senate, executive action and the courts will prove crucial to Biden’s legacy and to protecting fundamental civil rights in this country.

Here’s what the Senate (and White House) should do to prioritize moving nominees while they can: Cancel the August recess; immediately put forward judicial nominees to fill every vacancy in states with two Democratic senators; and be prepared to eliminate “blue slips” if Republican senators obstruct the confirmation process.

Senate Majority Leader Chuck Schumer and Senate Judiciary Chair Dick Durbin have already demonstrated a commitment to confirming judicial vacancies and have proven what they can accomplish when they prioritize those confirmations. During just one week in December 2021, for example, Democratic senators confirmed 87 nominees — nearly a quarter of their total for the entire year. They did so by forcing Republican senators to stay in town until the nominees were confirmed, voting late into the night.

Democrats now need to show even more determination to confirm nominees in the remaining months of 2022, starting by announcing that the Senate will remain in session throughout August to hold confirmation hearings and votes on nominees. Biden announced a record-breaking 16 judicial nominees in a single week earlier this month, which is a good step towards filling as many vacancies as possible this year and is further reason for the Senate to say in session in August. Many senators are loath to give up their August break — particularly those who want to be out on the campaign trail — but Schumer can point to McConnell’s own playbook in doing so. In August 2018, McConnell unilaterally canceled the August recess in large part to confirm dozens of President Donald Trump’s nominees. This too was done during a midterm election year, serving as a perfect precedent acting again.

In addition to staying in session this August, the White House and Democratic senators need to work together to immediately put forward nominees to fill vacancies in states with two Democratic senators, where there would be no threat of a “blue slip” objection — the current Senate rule that allows a senator to block a judicial nominee from their state. There are 36 current or upcoming vacancies in such states without announced nominees.

If Republican senators then obstruct the confirmation process of diverse, qualified nominees, the Senate Democratic majority should amend the chamber’s rules to do away with blue slips altogether. Blue slips are useful when senators are genuinely interested in working with the administration on judicial nominees. That’s clearly not the case with most Republican senators today. Notably, Republicans were the first to eliminate the use of blue slips, for powerful circuit court judges, in 2017. Democrats would only be following suit on the lower district court judges.

Even with a 50-50 Senate, Republican senators have already achieved historic obstruction when it comes to nominees, evident by the number of confirmation votes for which Republican senators have forced roll call votes. Any senator who is present on the floor at the time of a vote can insist on a roll call vote. While a roll call vote rarely changes the outcome of a confirmation vote, it consumes valuable floor time that could be used for other, more productive purposes.

Moreover, the share of confirmed nominees requiring two roll call votes — the first to overcome a filibuster and the second to actually confirm the nominee — jumped from 20 percent to 36 percent between the first year of the Trump administration, when Democrats were in the minority, and the first year of the Biden administration, when Republicans are in the minority.

Republicans were also particularly aggressive about employing “holds” on nominations during the first year of the Biden administration, with some Republican senators using the tactic to delay many nominations for months at a time. GOP Sens. Ted Cruz and Josh Hawley, for example, delayed dozens of foreign policy appointments for months during Biden’s first year in office. Hawley bragged at the time that he was willing to continue the holds through 2024 to get the concessions he demanded.

The confirmation of judges used to be a routinely bipartisan endeavor. And many of Biden’s judicial nominees have secured bipartisan votes, either in committee or on the Senate floor. But even bipartisan support has not been enough to deter obstruction by other Republican senators who have been playing hardball ever since Biden took office and Democrats gained control of the Senate. McConnell and his Republican allies have repeatedly gotten away with gaming the system to hijack vacancies, including on the Supreme Court. They should not be allowed to get away with it again.

Our federal courts are already struggling to handle their caseloads in a timely manner. Holding up confirmation votes delays the public’s access to justice all the more. Moreover, as the Supreme Court wages war on our fundamental rights, it is all the more important that the Biden administration and the Senate use this opportunity to nominate and confirm as many diverse, qualified judges as possible — judges who are committed to the rule of law, to safeguarding our democracy and who see the judiciary’s job as protecting our most fundamental rights.

While Democrats have 50 votes in the Senate, they should use every tool in their toolbox to confirm nominees. Failure to act expeditiously now could result in multi-year vacancies on the courts and in federal agencies if the Senate changes hands in November. It’s certainly what Republicans would do if they were in power.

The importance of primary elections and why your vote matters