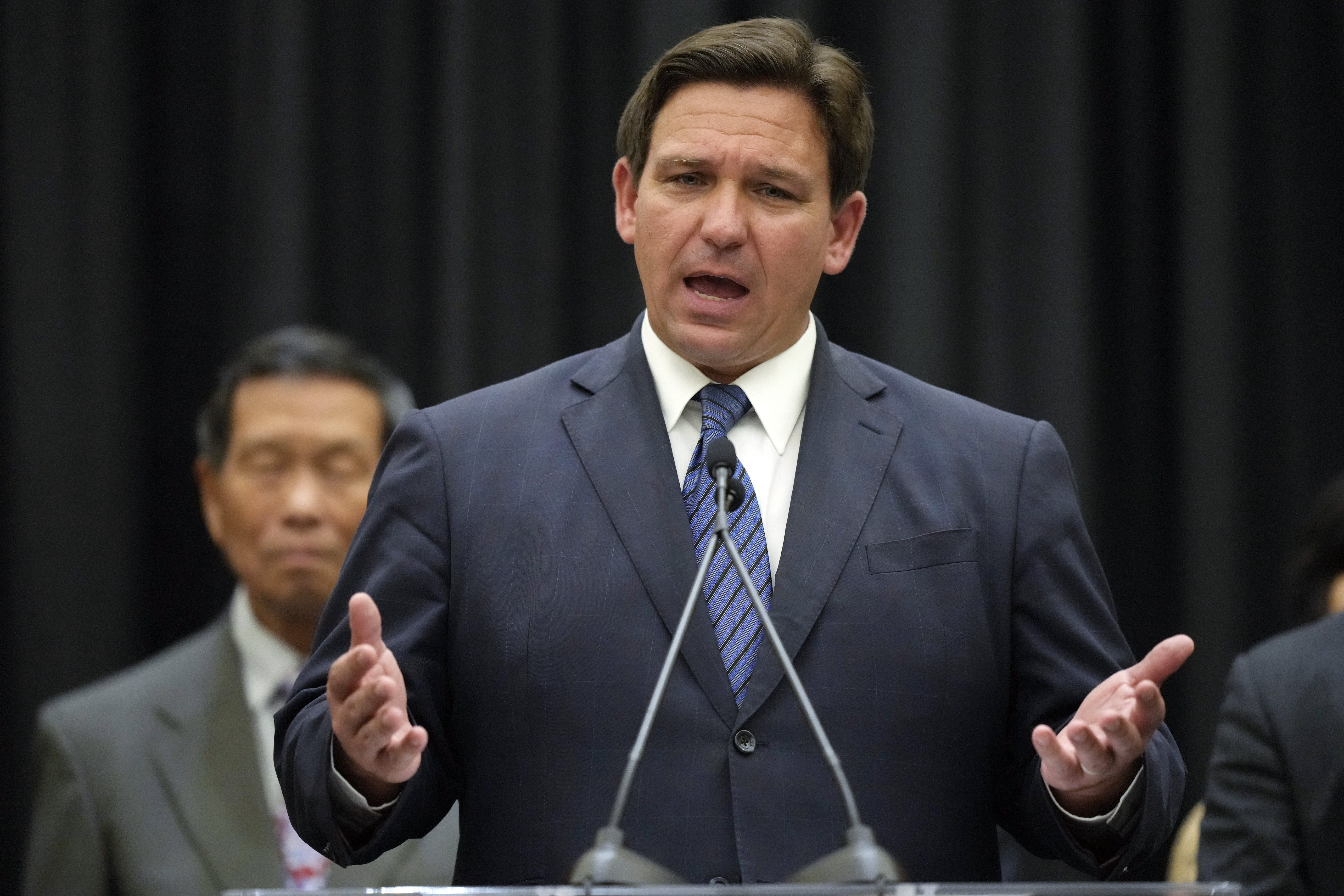 TALLAHASSEE, Fla. — A legal and political battle over Gov. Ron DeSantis’ contentious operation to fly migrants from Texas to other parts of the country is escalating even further.

Jason Pizzo, a Florida Democratic senator from Miami, on Thursday night filed a lawsuit asking a judge to block the Republican governor from spending any more state money on the transports. DeSantis started the transports last week after the state paid an Oregon-based carrier hundreds of thousands of dollars to fly nearly 50 migrants from San Antonio to the wealthy resort island of Martha’s Vineyard.

It’s the second lawsuit filed this week seeking to scuttle the program that DeSantis has defended amid rising criticism from Democrats, including the White House. A civil rights law firm from Boston filed a federal class action lawsuit on Tuesday that accused the governor of orchestrating a “premeditated, fraudulent, and illegal scheme” that misled the group of mostly Venezuelan migrants. The lawsuit alleged that people working for DeSantis lured the migrants onto flights with false promises of jobs in Boston or Washington.

DeSantis’ transports infuriated Democrats and civil rights groups, who have accused the governor of using the asylum seekers for a political stunt. Several Democrats have urged the Department of Justice to investigate the Republican governor and a sheriff in Texas has also opened a probe into him over the flights.

Pizzo contends in his lawsuit that the $12 million the Republican-led Legislature set aside for the relocation program violates state laws regarding the budget, including a state constitutional requirement that legislators are not supposed to enact substantive polices in the annual spending bill.

Florida has so far spent at least $1.56 million with the vendor that helped arrange the first flights. The state paid the carrier, Vertol Systems Company, Inc., $615,000 to transport migrants to Martha’s Vineyard and another $950,000 for what is believed to be a future flight.

But Pizzo’s lawsuit also asserts that state officials — including those at the Department of Transportation — have not followed the guidelines for the relocation program as drawn up by the Florida Legislature in the budget language, including that money was spent on food, hotel rooms and even haircuts for the migrants in Texas who were eventually sent to Martha’s Vineyard.

He also says that the state is violating a new state law on immigration that was passed this year by state lawmakers at the urging of DeSantis because the migrants were transported from Texas and not Florida. The flight that transported the migrants made a brief stop in Florida before continuing on to Martha’s Vineyard.

“The governor had legislators carry and pass bills that were crafted to suit his agenda and that he signed into law,” Pizzo said in an interview. “And yet, he still can’t comply with the requirements and restrictions.”

The lawsuit is not unexpected, as Pizzo and other Democrats in the Legislature for days now have raised questions about whether the spending followed the one-paragraph provision included in the state’s new budget that took effect on July 1.

The money for the relocation program came from interest earnings from the $5.8 billion that Congress sent to the state as part of the American Rescue Plan. State lawmakers passed the budget overwhelmingly, with only a handful of legislators voting no.

“Senator Pizzo never misses an opportunity for his 15 minutes of fame and is challenging an action on an appropriation he voted for,” said DeSantis’ communications director Taryn Fenske.

Frank Collins, a spokesman for Patronis, noted that Democratic senators, including Pizzo and Senate Democratic Leader Lauren Book, voted for the budget that included the $12 million appropriation. He also pointed out the lawsuit was filed by an attorney who has worked for Democrats.

“Now that the law that they voted for is being implemented, and shedding light on the border crisis, Pizzo and Book have gone to their same old handbook, and hired a Democratic operative attorney to go after the executive branch for following the law,” he said in a statement. “We are in receipt of the filing and we are currently exploring options for sanction and/or countersuit measures.”

DeSantis’ decision to seek out millions to relocate those who were entering the country illegally was prompted by nearly 80 federally-sponsored flights into Florida last year. DeSantis first told reporters in November that he was considering a plan to bus migrants to Delaware, the home state of President Joe Biden.

DeSantis on Thursday said he was “proud” of the attention his transport to Martha’s Vineyard drew and added it forced people to focus on Biden’s border policies. Several media outlets reported this week that the U.S. has made more than 2 million immigration arrests along the Southern border in the past 11 months.

“This was not an issue of concern two weeks ago,” DeSantis said during a Miami press conference. “Now it seems to be on the front burner.”