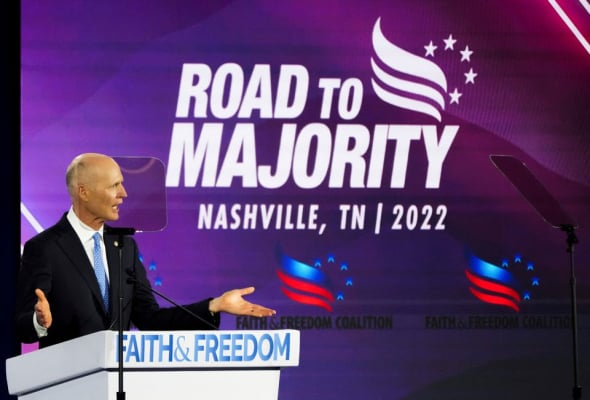 National Republican Senatorial Committee Chairman Rick Scott this week declined to back Minority Leader Mitch McConnell for another term as leader of the Senate Republicans.

Scott was asked by Fox News Digital at the National Conservatism Conference if he supported McConnell in the leadership position next year.

“We’ll see what he wants to do,” said Scott, R-Fla. “We’ll have an election after the November elections, I’m confident that we’re going to get a majority. So, we’ll make a decision then.”

Disney World ‘enthusiasts’ believe trip cost too much for families