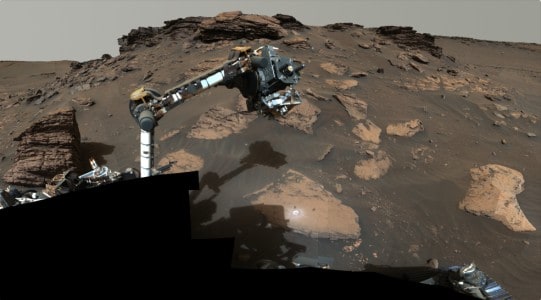 NASA’s Perseverance rover is well into its second science campaign, collecting rock-core samples from features within an area long considered by scientists to be a top prospect for finding signs of ancient microbial life on Mars. The rover has collected four samples from an ancient river delta in the Red Planet’s Jezero Crater since July 7, bringing the total count of scientifically compelling rock samples to 12.

“We picked the Jezero Crater for Perseverance to explore because we thought it had the best chance of providing scientifically excellent samples – and now we know we sent the rover to the right location,” said Thomas Zurbuchen, NASA’s associate administrator for science in Washington. “These first two science campaigns have yielded an amazing diversity of samples to bring back to Earth by the Mars Sample Return campaign.”