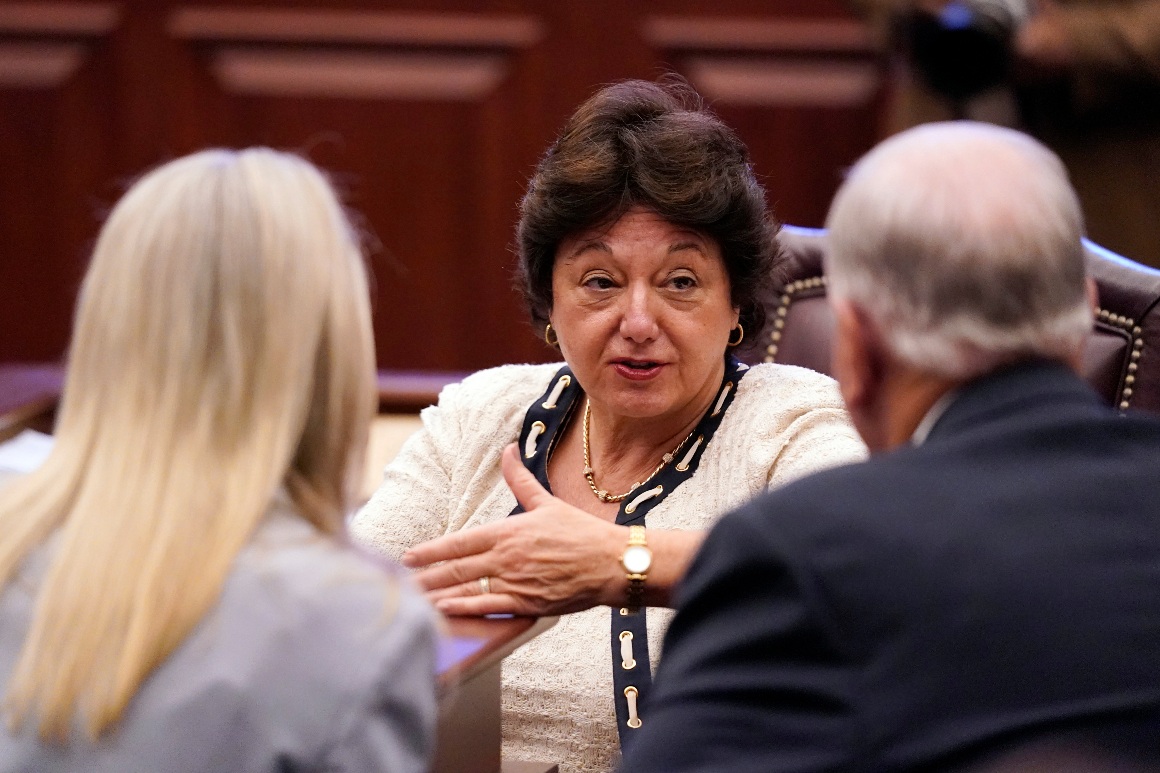 Incoming Florida Senate President Kathleen Passidomo (R-Naples) on Friday said she would support restricting abortions after 12 weeks of pregnancy as long as there are exceptions for victims of rape and incest. Florida currently bans the procedure at 15 weeks but allows no exceptions except to save a mother’s life, prevent serious injury or if the fetus has an irregularity that is fatal.

“I want the exclusions for rape and incest, and other than that I don’t have a dog in the fight,” Passidomo said during a phone interview. “If we do something, I would like to get that in.”

Passidomo added that she isn’t directly involved with lawmakers who are discussing a tougher ban. She was part of a failed bipartisan effort during the last legislative session to persuade House and Senate Republican leaders to include rape and incest exemptions in its 15 week ban.

Democrats, who now have superminority status in the House and Senate, have no ability to stop Republican lawmakers from restricting abortions in the state. They can’t even use legislative rules or administrative maneuvers to delay Republicans from approving legislation.

Gov. Ron DeSantis, who won reelection Tuesday night by a nearly 20 point margin, previously said he supports restricting abortion beyond the current law. After the Supreme Court struck down Roe contra Wade over the summer, the governor vowed expand “pro-life protections” but provided no details.

During an Oct. 24 debate with Democratic gubernatorial candidate Charlie Crist, DeSantis said he would support a tougher ban.

“Not everyone is born into perfect circumstances, but I would like to see everybody have a shot,” DeSantis said. “I’m proud of the 15 weeks we did.”

Tuesday’s election showed that abortion protections played an outsize role in the 2022 midterms, the first elections since the Supreme Court struck down Roe. Five states had ballot initiatives on reproductive rights, including Kentucky, where voters rejected an anti-abortion constitutional amendment in the deep red state.

Last year, the GOP-led Florida Legislature approved a 15-week ban on abortions without exceptions ahead of the Supreme Court’s ruling that eroded abortion protections enshrined in Roe contra Wade. It was one of the most contested fights during the past legislative session, with protesters demonstrating at the Capitol and in most major cities.

Abortion rights groups promptly sued the state to stop the state ban from taking effect in July. Plaintiffs are now waiting for the Florida Supreme Court to accept or deny the legal challenge. The law currently remains in effect.

The plaintiffs, including Planned Parenthood, the American Civil Liberties Union and the Center for Reproductive Rights, argue the 15-week ban violates a privacy right in the state Constitution. That clause has been cited in the past to deny Florida from further restricting abortion. But state lawyers who are defending the 15-week ban argued the privacy right was no longer applicable after the U.S. Supreme Court struck down Roe.

The current state Supreme Court is also dominated by conservatives, including three appointed by DeSantis, and may interpret the privacy clause differently from previous justices.

A favorable state high court ruling on the 15-week ban would give Republican lawmakers an opportunity to approve a complete abortion ban. But Passidomo and incoming House Speaker-designate Paul Renner (R-Palm Coast) haven’t expressed support for a total prohibition on abortions.

Renner did not respond to a request for comment. House spokesperson Andres Malave said Renner’s position hasn’t changed since May, when he said it’s up to the 160-member state Legislature to decide how to go forward on the abortion issue.

“Speaker-designate Renner will lead the chamber at the appropriate time in a sincere and robust discussion about the role Florida will play in protecting life,” Malave wrote in a text.

A likely sponsor for a stricter abortion ban is Vero Beach Republican Erin Grall, who sponsored the 15-week ban in the House. Grall, who has since won a seat in the state Senate, did not immediately return a request for comment.

Ninety-seven percent of abortions performed in Florida in 2020 occurred within 12 weeks of pregnancy, according to data from the state Agency for Health Care Administration.

State Rep. Anna Eskamani, an Orlando Democrat who previously worked for Planned Parenthood and supports abortion rights, doubted that Passidomo could include exceptions for rape and incest in any new abortion legislation since she couldn’t get them into the current law.

“This is what I’ve been ringing alarm bells for months on,” Eskamani said. “With [Democrats in] the superminority in both chambers, [Republicans] are going to push for the most extreme option because they feel like it’s a mandate.”

Eskamani said one option for abortion rights groups is to start a campaign to place an initiative on abortion protections on the 2024 ballot, similar to what other states did during the 2022 election cycle.

“Those discussions are happening right now,” Eskamani said. “I’m going to fight like hell and keep fighting like hell, but I need everyday people to help me understand the consequences here.”