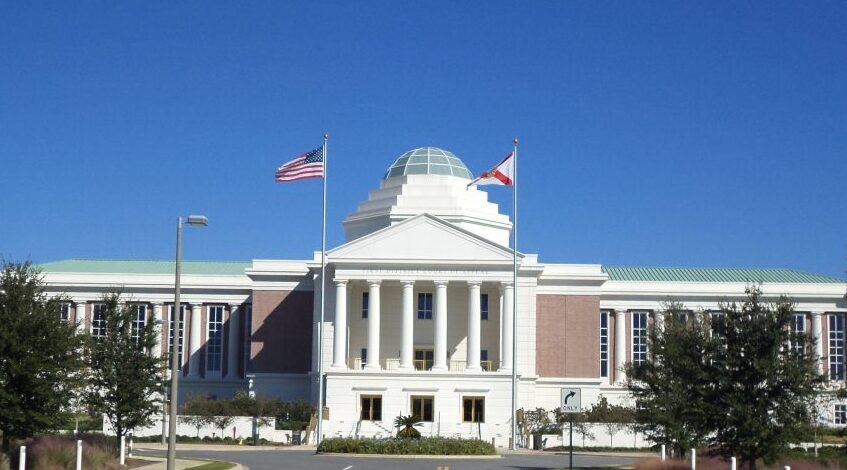 In a ruling handed down after 5 p.m. on Thursday, the First District Court of Appeal also rejected the state’s request to send the dispute directly to the Florida Supreme Court, to hasten arrival of Florida’s highest court’s final word on HB 5, the law at issue.

However, the court gave the providers and litigators in Attorney General Ashley Moody’s office 15 days to file follow-up briefs.

The majority opinion ruled that Circuit Judge John Cooper in Leon County improperly allowed the abortion providers to assert that their patients’ right to abortion was being violated instead of requiring patients to file individual claims.

They lacked standing to do that,” Judge Bradford Thomas wrote for himself and Judge Stephanie Ray. “Appellees [the abortion providers] have not asserted a violation of their own constitutional rights. Instead, they seek to vindicate the privacy rights of their patients,” Bradford continued.

He referred to Circuit Judge John Cooper, who ruled on July 5, four days after the law took effect, that it violated the privacy clause in the Florida Constitution, which the Supreme Court in 1989 ruled covered the right to abortion. The Legislature passed the law, and Gov. Ron DeSantis signed it in April, in anticipation that the U.S. Supreme Court would overrule Roe v. Wade, which that court did on June 24.

Notwithstanding all that, Cooper concluded that he was bound by the 1989 Florida precedent set in a case called In re T.W., which stuck down a parental abortion notification law for minors. However, he rejected the providers’ request to block enforcement, citing a high procedural bar erected by the First District.

The providers cannot demonstrate irreparable harm to themselves justifying a bar against enforcing the law because terminations following 15 weeks’ gestation represent a relatively small number of total abortions in Florida, and therefore a relative small loss in businesses, Thomas continued.

“As to appellees themselves, any loss of income from the operation of the law cannot provide a basis for a finding of irreparable harm as a matter of law. And the parties do not dispute that the operation of the law will not affect the majority of provided abortions. We have unambiguously held that case law is clear that economic harm does not constitute irreparable injury; that is … money damages due to a decrease in patient volume do not suffice to demonstrate irreparable injury.”

Without explaining why, Thomas wrote: “We also reject appellants’ ‘Suggestion for Certification’ that this case requires immediate resolution by the Florida Supreme Court, filed on July 5, 2022.” That’s the procedural move that would have sent the case immediately to the Supreme Court. “Precedent also bars us from relying on appellants’ supposed lack of standing to assert the personal right of privacy that individual patients could assert. Similar institutional parties have successfully asserted exactly those rights in many earlier cases,” Kelsey wrote.

She referred as an example to to Green v. Alachua County, in which she said the First District gave special urgency to legal challenges asserting the right of privacy.

“In short, the majority’s injection of the standing issue is both wrong and irrelevant to the injunctive-relief analysis as we ourselves stated it in no uncertain terms in Green,” she wrote.

She added that she would have sent the case immediately to the Supreme Court.