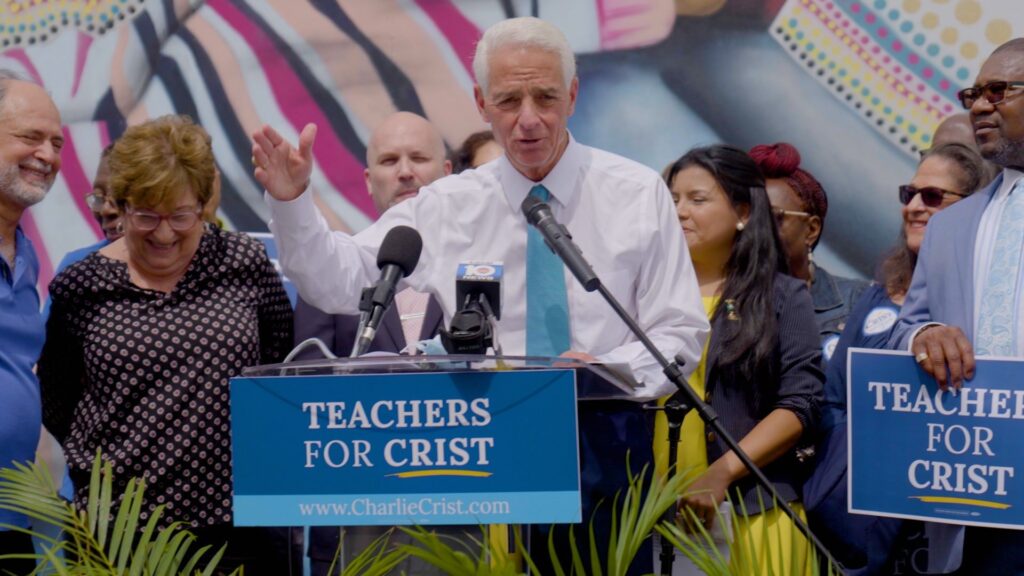 District school board elections and local education policy have come to the forefront of vicious politics, particularly during COVID-19, leading to GOP-led legislation over masks and vaccines and restrictions on certain classroom instruction with potential effects on overall free speech.

“Governor DeSantis is politicizing our classrooms, taking away parental rights, and limiting Florida students’ freedom to learn,” Crist said according to a Wednesday press release. “Florida deserves dedicated public servants on our school boards that won’t inject politics into the classroom, but rather work every day to fight for the best interests of our students and educators.”

At this point, Crist is paying little-mind to his major opponent in the primary, Agriculture Commissioner Nikki Fried, and now taking on DeSantis in the tumultuous public school arena.

Crist, a Congressional Democrat, has been a Republican Florida Education Commissioner, as well a previous governor and Attorney General.

According to the press release, Crist has endorsed three sitting school board members: Board chair for Lee County Debbie Jordan, Rev. Eric Cummings in Marion County and Karen Perez in Hillsborough County.

In late June, DeSantis, who is the current Florida governor with heavy political influence, released his own list of 10 school board endorsements. A sitting governor endorsing local school board members was a rather unusual move in Florida, education officials recently told the Phoenix.

DeSantis is seeking reelection in the 2022 gubernatorial election in November, likely to face off against either Crist or Florida Agriculture Commissioner Nikki Fried, depending on who wins the August primaries.

Crist, who currently serves as a Democratic U.S. Congressman, went after the governor’s handling of Florida’s education system at a Tuesday press conference in Tampa.

That said, Crist is also considering a well-known Florida school board member, Jennifer Jenkins of Brevard County, as his potential running mate, along with several other contenders — another indicator that the role of local school boards is gaining a bigger spotlight in state politics as a whole.

The post Crist announces round of local school board endorsements, just weeks after DeSantis set the trend appeared first on Florida Phoenix.

Jacksonville Bold for 7.20.22: The final budget